Add to cart€30
Codex: Craftworlds contains a wealth of background and rules – the definitive book for Craftworld Aeldari collectors. Within this 128-page hardback, you’ll find:
Background
- Remnants of the Fall: the origins of the Craftworld Aeldari, their glittering rise and tragic fall, and the ongoing, desperate struggle for survival that consumes them utterly;
- Organisation of Craftworld warhosts, along with the strategic disposition of Aeldari Craftworlds – this includes a breakdown of the colours, symbols and iconography of the worlds that remain, and the structure of their armies;
- Detailed background and heraldry of the following Craftworlds: Biel-Tan, Ulthwé, Iyanden, Saim-Hann and Alaitoc;
- Wanderers of the Stars: brief profiles of more Craftworlds – Altansar, Il-Kaithe, Lugganath, Iybraesil, Yme-Loc and Mymeara;
- The Doom of the Aeldari: a timeline of significant events both before and after the Fall; presented with the proviso that much knowledge has been lost, this concentrates largely on the Age of Survival with important battles and discoveries listed;
- Background and details on each character, vehicle and unit available to an Aeldari army;
- A showcase of beautifully painted Citadel miniatures, with example armies featuring everything from individual images of models to battle scenes on terrain.
Rules
Everything you need to get a Craftworld Aeldari army primed for games of Warhammer 40,000 is in here:
- 46 datasheets containing rules for every Craftworld Aeldari unit and miniature;
- Army abilities reflecting the Craftworld Aeldari’s methods of war on the tabletop,;
- The Forge of Vaul: wargear both ranged and close-combat used by the Craftworld Aeldari;
- Points values for all miniatures, weapons and wargear for use in Matched Play games;
- A Lethal Elegance: rules for Battle-forged armies, including –
- Craftworld Attributes for the following Craftworlds: Biel-Tan, Ulthwé, Iyanden, Saim-Hann, Alaitoc;
- 6 unique Warlord Traits available for any Craftworld Aeldari commander;
- 5 Craftworld-specific Warlord Traits, for the 5 named above;
- 26 Stratagems, with 5 Craftworld-specific;
- Remnants of Glory: a selection of 13 rare weapons and artefacts;
- Rune Disciplines, allowing you to choose between Runes of Battle and Runes of Fate for your models with the Psyker keyword;
- 6 unique Tactical Objectives.
Start Collecting: Craftworlds

Add to cart€65
This is a great-value box set that gives you an immediate collection of fantastic Aeldari miniatures, which you can assemble and use right away in games of Warhammer 40,000! You'll receive a Farseer, 5 Wraithguard (who can be optionally assembled as Wraithblades), a Wraithlord and a War Walker, along with 2 Aeldari transfer sheets.
Craftworlds: Skyrunner

Out of stock
This multi-part plastic kit contains everything required to make one Aeldari Farseer Skyrunner or Aeldari Warlock Skyrunner. Sleekly designed for speed and manoeuvrability with elegant fins and a beautifully-embossed carapace, the Skyrunner includes two different HUD units. Armament-wise, the Skyrunner features a twin-linked shuriken catapult, while the Farseer has two weapon options available - a witchblade or singing spear. Inside the box, you'll find twenty-five parts to assemble, and the kit is supplied with one small flying base.
Craftworlds: Guardians 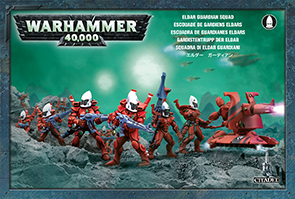 Add to cart€28
This box set contains eight multi-part plastic Aeldari Guardians armed with shuriken catapults, and a heavy weapon platform with two crew members. This set contains all of the parts needed to assemble the heavy weapon platform with either: a bright lance, a missile launcher, a scatter laser, a starcannon or shuriken cannon. Models supplied with ten 25mm round bases and one 40mm round base.
Craftworlds: Dire Avengers 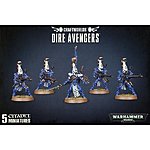 Add to cart€24
This multi-part plastic kit contains 42 components and an Aeldari Transfer Sheet with which to make five Aeldari Dire Avengers, or four Dire Avengers and one Dire Avenger Exarch. Add more boxes to your cart to build up a bigger core of infantry for your collection.
Craftworlds: Wraithguard 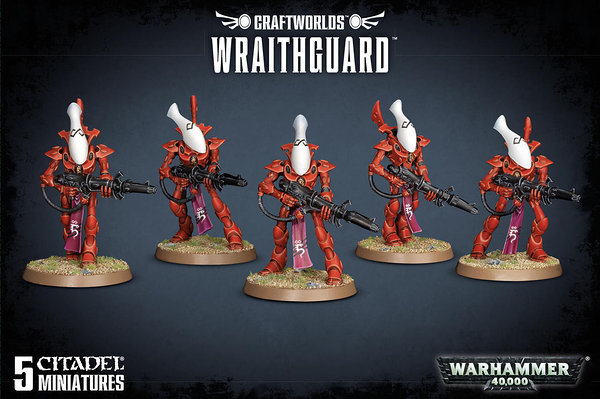 Out of stock
This boxed set contains five Aeldari Rangers. These models are finely detailed resin cast miniatures. They are supplied as ten separate components and come with five 25mm Round Bases. These miniatures are supplied unpainted and require assembly - we recommend using Citadel Super Glue and Citadel Paints.
Craftworlds: Wraithknight

Dominating the tabletop, the Wraightknight is an enormous model, standing almost 9” tall at its highest point at the top of the Warp vanes. There are a variety of different armaments available to this kit. Its left arm can be equipped with either a wraithcannon or a scattershield. The right arm has a choice of wraithcannon, ghostglaive or suncannon. There are two of each of the following secondary weapons: shuriken cannon, a scatter laser and a starcannon, These are shoulder mounted and can be taken in any combination. As if that wasn't enough, there are a variety of closed and open fists, allowing you even more options for customisation.

This multi-part plastic kit contains 114 components with which to make one Aeldari Wraithknight. 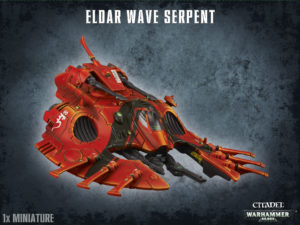